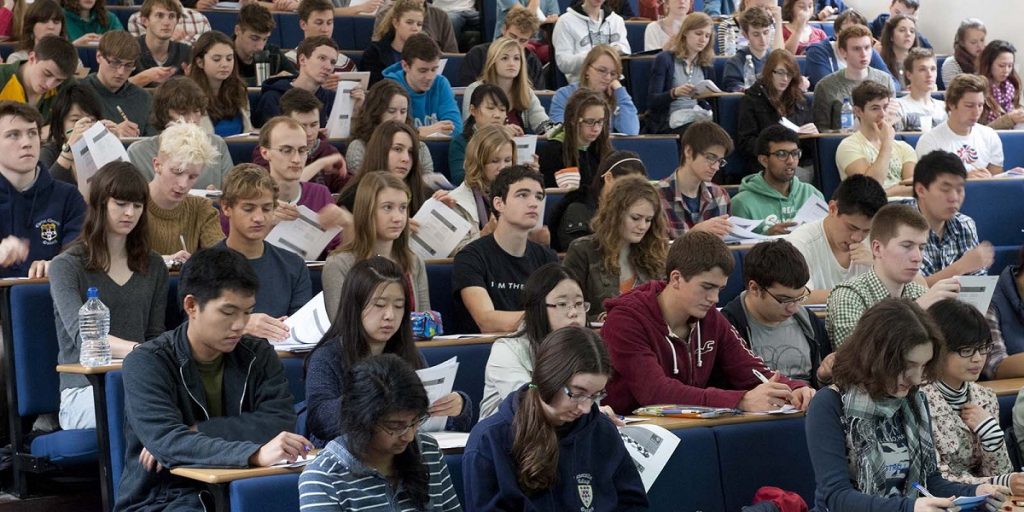 Singapore might not be the first choice when you think about studying abroad but it is a great place to consider if you are looking forward to studying in high standard academic institutes that offer a world-class experience and degree to get you places. You might be surprised to know that Singapore is the only city-state that is formed of more than 60 islands in Southeast Asia, and holds the distinction of being the center of innovation that successfully attracts large amounts of foreign investment each year. Not only this, but it is also home to leading global universities that have topped the list in the Times Higher Education in Asia University.

Read More: Issue of Bullying in Universities and How to Overcome?

Singapore is known as the Lion City; it is also acknowledged as one of the world’s leading financial centers and enjoys strong connections with the West which makes it the right choice for students who wish to study in a place that offers them multiple benefits. Singapore can surprise even the most cosmopolitan individual with its high quality of life and citizen-friendly policies that focuses on healthcare and safety concerns.

Students have a chance to make the most of a rich cultural life and also build a successful career for themselves. The local government also offers annual funding that makes it easy for graduates to set up their businesses or join some start-up hubs specially designed to stimulate creativity and meet the needs of the local economy. Studying in Singapore is a good decision for students who want to explore different cultures; from celebrating Chinese New Year in a traditional setting to exploring superb regional cruising, choosing a course in Singapore is a great alternative to western universities.

The Times Higher Education World University Rankings 2021 have ranked Singapore’s two main public universities in its list of top 100; the National University of Singapore has been ranked 25th and Nanyang Technological University has moved to 47th place. International students in Singapore comprise about 20% of university graduates. It is considered relatively costly to pursue a degree in Singapore in comparison with some other countries in Asia as it is one of the most expensive cities in the world. Experts of assignment writing services have discussed here the top universities of Singapore that offer you a chance to earn a highly respectable and valuable degree to kick start your career the best way and enjoy great prospects.

It is the oldest higher education institution in the country and has a long history of development and reshuffling. The National University of Singapore focuses on students and their personal development; the university also supports the entrepreneurial endeavors of its students and helps them do better in their professional as well as personal life. Its commitment to research has also raised the university’s public profile and placed it among the world’s leading academic institutions.

With more than 370 different degrees that include bachelor’s, master’s, doctoral degrees, and graduate diplomas, the university has a lot to offer across its three campuses and 16 faculties. Its multicultural community has staff and students from more than 100 countries around the world that make it a truly multicultural place to be.

Nanyang Technological University (NTU) is a highly ranked publicly funded university in Singapore. It was also previously named the fastest-rising young university in the world by Times Higher Education.

Read More: How to Write Best Conclusion for Academic Essay?

Established in 1981, the university is committed to extensive research in seven different fields including engineering, business, humanities, arts, and social sciences, and medicine. Located on the outskirts of the city, its main campus, Yunnan Garden, covers 2km². Previously an Olympic village and with 16 halls of residence, the campus is considered to have the biggest on-campus residence infrastructure in Singapore with every facility for international students to make their stay here most comfortable and enlightening.

The university strives to provide the best education to students coming here for their bachelor’s and master’s degrees and has also collaborated with other institutes of the reputation such as the Imperial College London, to open a new medical school. The Lee Kong Chian School of Medicine offers world classes facilities and is now actively engaged in research to bring positive changes to healthcare in Singapore. With its award-winning courses, the university also helps about two-thirds of its graduates secure graduate employment even before they have completed their courses.

It would not be wrong to say that Singapore has outclassed other Asian countries in terms of world-class education and is rapidly emerging as the most popular study destination in Asia. With its two leading universities, the National University of Singapore and the Nanyang Technological University that are also affiliated with top international universities in the world, Singapore offers the unparalleled benefit of degrees to students that make it the right choice for those seeking the best academic growth.

Know How to Get Control Over Your Daily Routine Education

An Essential Guide To Getting A Grade in Scientific Paper Education